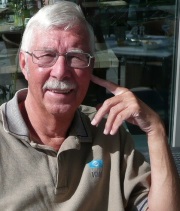 The website Progressive Memories was created at the end of 2010.The first part illustrates the history of the evolution of the ophthalmic lenses industry between the 1960s and the 1990s. The development of the progressive power lens (PPL) market and the shares of the big manufacturers in this market was key for the change. The chronicle is particularly dedicated to all people, who were fueling the market expansion of this new and most sophisticated spectacle lens.

The second part Calculus is introduced by Bernard Maitenaz, the creator of the modern and first commercial progressive lens. Calculus describes the progress in physiological and ophthalmic optics research and in computing technology, which prepared the way from the first Varilux to the sophisticated designs of the end of the 1990s. The guideline for this research are the patents filed during this period, which document the ingenuity of the research scientists and the engineers as well as the extensive investments made for the development of progressive aspherical surfaces.

Independently from this scientific part the annex Personal Memories describes the experiences of the author during his career covering various kinds of research and industries in the period between After War Germany and the society of the beginning third millennium.